Henry’s main sports are athletics and rugby.  He’s a member of Solihull & Small Heath and recently competed successfully at the England Athletics Championships in Sheffield.  His rugby achievements are equally impressive, he plays for Warwickshire, is a member of Worcester warriors academy and was player of the year for Greater Birmingham last year.

Caitlin is the national champion for 100m and 200m fly. She has been selected for the England junior team to compete in Italy.  She is also Midland and Warwickshire record holder on 200m and 50m fly.  After having medalled at an international meet in Luxembourg, her aim is to make the GB team for European Youth Olympics in July

Ashleigh’s main sport is athletics.  Like Henry (Thorneywork), she is a member of Solihull and Small Heath Athletics Club and has been for six years.  Athletics started to become serious for Ashleigh at the English Schools 2014 where she achieved sixth place and her relay team, third.  She is now ranked second in the UK for long jump and excited and determined to medal at English Schools 2015.

Kiara’s principle sport is badminton and she represents Warwickshire and England at U13 level.  She has been selected to represent England in all the 2014/2015 season U13 international competitions and has already travelled to Denmark and Germany to compete against other top European players.  She is the current U13 Warwickshire Junior Champion at singles, doubles and mixed.  She has held these three titles for the last two years.

Kiara is also the current Yonex East Scottish U13 champion at singles and doubles.  In March 2015 she took part in the U13 English National championships at the National Badminton Centre in Milton Keynes in which she won bronze in singles, bronze in doubles and silver in mixed.  Kiara is currently ranked third in the country at all three disciplines.

On 2 November, Eliott went to Cardiff to compete in the Welsh Open International Championships.  He competed in the Cadet Boys U66kg category against athletes from France, Italy and Russia.  It was a fantastic experience and one he hopes to repeat in the near future.

Keavy started dancing at the age of three and has been dancing ever since.   Her biggest achievement was qualifying for her first world competition, where she came twentieth.  Since then, she has been to two more as well as competing in the ‘All Irelands’, ‘All Scotlands’, the British Nationals and the ‘Great Britains’.

Ethan’s passion is BMX and to date his biggest achievement is getting to the world championships in Holland.  He rides for Nuneaton BMX club

James has a long list of golfing achievements having enjoyed phenomenal success at club, county, national and international level representing England at U16 and playing in the English boys national championships.  At county level he has represented Warwickshire at U14, U16 and U18 becoming Warwickshire Boys U14 champion in the process and is now a member of the county’s elite squad. 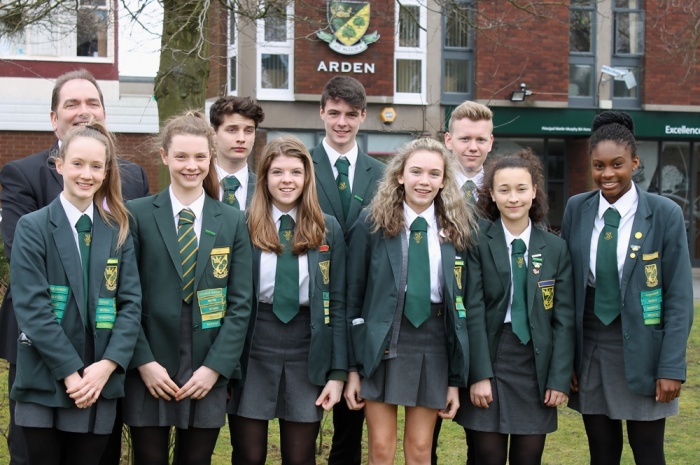