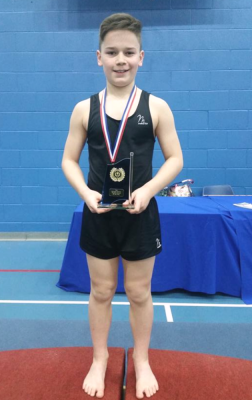 Corey Allen (8D) won the U14 West Midlands tumbling competition as well as the George Finney trophy for highest overall tumbling score.  It is a huge achievement to win the West Midlands competition and the George Finney trophy means that he had the best score on the day regardless of age group.   This is his second year; he won it at the floor and vault as well so he is having an exceptional year.