It was a real privilege to take our girls to the regional round of the national badminton competition. They played against the county champions from Hereford and Worcester, Staffordshire, Birmingham, Sandwell and Shropshire. There are four in a team, players ranked 1 and 2 play singles with 3 and 4 playing doubles. They then play a further game of doubles each.

In their first match Arden girls played Shrewsbury School winning all five games to 21 and dropped only 11 points. This set the standard for the rest of the day. They then met King Edwards in the final again winning all five matches with consummate ease.

This is easily the most talented group of badminton players that Arden has fielded, they go on to the National finals on the weekend of 16/17 April. They came fourth last year, we've got our fingers crossed for for even greater things this year 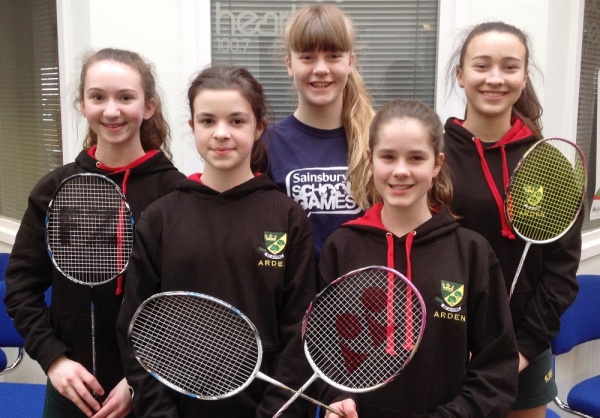